In an article from The Daily Caller - Donald Sterling was exposed Friday by TMZ making racially charged comments about African Americans to his girlfriend V. Stiviano in an audio recording. Between 1990 and 1992 Donald Sterling made a $2,000 donations to the former New Jersey Senator Bill Bradley, a $1000 donation to current Vermont Senator Patrick Leahy, as well as a $1000 donation to the recalled former governor of California Gray Davis. Despite having a 100% track record of donating to Democrats, Littlesis.org has no records of him donating to either of President Barack Obama’s election campaigns. 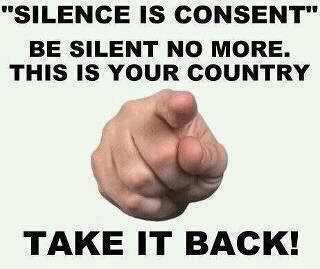 This shows that there is still some racism in the world and contrary to the Democratic narative it is on both sides of the isle! This also includes the Democrats in equal measure have some racism within their ranks. In my humble opinion is that it is only a very small minority of Americans are racist and this behavior can not be tolerated on any level. One also can not lightly accuse anyone of racism with out definitive evidence.

I thought this list was interesting and worth posting.
The United States History of Racism Against Blacks by the Democrats who have ALWAYS been the Party of Slavery and Racism.

Fascism is a deformity of Socialism, not of Capitalism

Fascism is a deformity of Socialism, not of Capitalism

Someone recently asked what I mean by this so I thought it was worth elaborating. According to Merriam Webster Fascism means -

: a way of organizing a society in which a government ruled by a dictator controls the lives of the people and in which people are not allowed to disagree with the government

: very harsh control or authority
1
often capitalized :  a political philosophy, movement, or regime (as that of the Fascisti) that exalts nation and often race above the individual and that stands for a centralized autocratic government headed by a dictatorial leader, severe economic and social regimentation, and forcible suppression of opposition
2
:  a tendency toward or actual exercise of strong autocratic or dictatorial control
and brutality — J. W. Aldridge>

— fas·cist noun or adjective often capitalized
— fas·cis·tic adjective often capitalized
— fas·cis·ti·cal·ly adverb often capitalize
So with that being said with Socialism being a stage of society in Marxist theory transitional between capitalism and communism and distinguished by unequal distribution of goods and pay according to work done.
As Communism is defined as a :  a doctrine based on revolutionary Marxian socialism and Marxism-Leninism that was the official ideology of the Union of Soviet Socialist Republics
b :  a totalitarian system of government in which a single authoritarian party controls state-owned means of production
c :  a final stage of society in Marxist theory in which the state has withered away and economic goods are distributed equitably d :  communist systems collectively
Capitalism is defined as an economic system characterized by private or corporate ownership of capital goods, by investments that are determined by private decision, and by prices, production, and the distribution of goods that are determined mainly by competition in a free market
My conclusion after studying the above definitions is that the system and/or systems leaders that has evolved into Fascism the most often would almost all have came from some form of Socialist or Communist system. here are some examples

Posted by ZACTech at 2:16 PM No comments:

What would you do if your child was about to be kidnapped by Boston Children’s Hospital? This is the question that comes to mind as one learns about Justina Pelletier's plight in Boston Massachusetts. 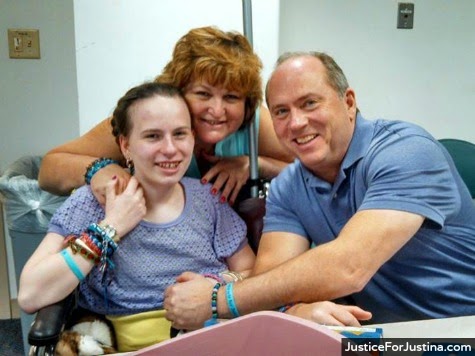 Sign the petition today and let’s return Justina to her family.

FOX CT’s Beau Berman has been following the case of Justina Pelletier, a West Hartford teen who has been held from her parents since they admitted her to Boston Children’s Hospital in February 2013 with flu-like symptoms. Justina had previously been diagnosed with mitochondrial disease at Tufts Medical Center in 2011. Doctors at Boston Children’s questioned the diagnosis and said they believed her symptoms — including weakness, headaches and abdominal pain — were psychologically induced. They diagnosed her with somatoform disorder, a mental disorder. Justina’s parents disagreed with that diagnosis, and have been in a custody dispute with the State of Massachusetts ever since. She remains in Massachusetts custody.


Below is from an article by Ken Klukowski published on 28 Feb 2014 in Breitbart.com/Big-Government

These are the facts as relayed by Staver, parts of which Breitbart News has corroborated with court documents and with a Boston Globe story.
Staver begins:


Prior to her admission to Boston’s Children’s Hospital, Justina was being treated by Dr. Mark Korson associated with Tufts Medical Center, and being treated under a working diagnosis of mitochondrial disease. Korson explained, as does the Mayo Clinic, that your cells are not transmitting enough energy, and the lack of energy impacts different parts of your body in different ways.

Korson referred Lou and Linda to his former colleague, Dr. Alejandro Flores, who had previously worked on Justina’s case and was now at Boston Children’s Hospital. When the parents got there and Justina was admitted, a new doctor took the case before Flores could see Justina.
According to Staver:


Boston Children’s Hospital is a teaching hospital for Harvard. Children who are ‘wards of the state’ are by state law subjects of research for teaching hospitals. So a young doctor and a pediatrician disagree with Justina’s treating physicians and come up with somatoform disorder, which is where a person convinces herself that she’s sick. They change the diagnosis from physical to mental, and suggest it’s all in her head.

Breitbart News was told the first physician is Dr. Jurriaan Peters, a neurologist who had finished his medical training just seven months earlier. Peters brought in Dr. Simona Bujoreanu, a psychologist. Although Tufts had been treating Justina for a physical condition for a year, Peters and Bujoreanu began to believe the problem was mental rather than physical.

Staver explains that the family is only allowed to see Justina for one hour per week and only under strict supervision. Last week during that one hour, there were four DCF workers and a police officer all present when Linda was with Justina. They are not allowed to take photos or use a cell phone.
Nor are they allowed to go in as a full family. The 92 year-old grandparents have not seen Justina for thirteen months, and one of Justina’s sisters (she’s the youngest of four) has not seen her since May.
Staver adds, “She’s now two full grades behind her class. She has gone from ice-skating competitions to being in a wheelchair.”
The family is Roman Catholic, yet Staver says Justina has not been allowed communion for this entire thirteen-month period.
The Juvenile Court has scheduled a hearing on Justina’s status and care for Mar. 17, though Staver says the family is gravely concerned about her deteriorating health in the meantime. The judge has also scheduled a hearing regarding the gag order for Mar. 24.
Staver argues, “If her condition were not real, if it were mental and not physical, then she should have gotten better; instead she has gotten worse.” He says he asked the parents, “What do you want out of this situation?” He recounts they answered, “We want to take our daughter back to Tufts Medical Center so she can receive the treatment she needs. And we want our daughter to be reunited with the family.”
Posted by ZACTech at 8:37 AM No comments: